It was with a huge amount of trepidation that I took the decision to leave a very successful career as a substantive headteacher and leap into the unknown territory of becoming self-employed and working as a consultant educational leader.

It was never going to be an easy decision, exchanging the certainty, predictability and security of being a longstanding headteacher for something that, at that point in time, seemed vague, shapeless and risky. However, colleagues and professionals reassured me that there would be plenty of work even though, understandably, no-one could be specific about what, when or where.

As a National Leader of Education I have enjoyed the opportunity of supporting and challenging schools in vulnerable situations and as headteacher of three schools – two primaries and a middle school – I felt I had built up a wealth of experience that I wanted use and share to benefit others. I was also keen to work a little more flexibly, having the chance to make my own decisions on when and for how long I would work.

I realised that, at a point in my career when I could take my pension, working for an agency might be a good move financially.  I discovered that being employed by a company operating outside a local authority would not impact on my pension entitlements and would attract all the benefits of being self-employed.  It was at this point that I tentatively contacted Conexus and met with Adam Stanley for a two-way interview; what could I offer and what could Conexus offer me?

As I approached my final weeks as a substantive head, my uncertainty about whether I was doing the right thing increased. I fully understood that the type of work I would now be involved in would, inevitably, be last minute – a response to a crisis or a sudden need – but this all felt strangely uncomfortable. I suppose this was because, as head, I had been used to being in control of things around me and knowing more or less what would be happening next.

‘You’re a bit like Mary Poppins. You are here to do a special job and when it’s done and the wind changes, you’ll be off to help another school’

One of the first challenges I faced was putting together a CV that would promote and ‘sell’ my skills as well as providing evidence of my ability to lead rapid school improvement. I searched the internet for exemplars and found hundreds, if not thousands. Clearly, any school requiring my support would want to be convinced and confident that I could do the job well and my CV would be crucial in creating that strong first impression. Conexus was really helpful at proof reading and advising and I valued their expertise and knowledge of the potential market.

It was in my very last week of headship that the possibility of work arrived in the form of a short-term, interim headship of a very vulnerable school.  I’m not sure what I expected from the interview process, although I probably thought (or hoped!) it wouldn’t be quite as rigorous as it was! I suspect that a similar process in the local authority where I was employed as head, and where I was well known, may have been different, but in a local authority where I was unknown it turned out to be a very exacting process. I made an initial visit to the school to meet senior staff and governors and then a few days later I found myself going through a rigorous interview just days before Christmas!

The interview involved the whole governing body and representatives from the local authority, and questions were direct and challenging. Understandably, governors felt they would be paying a lot of money for my skills and wanted to be absolutely certain I could do the job well. Questions inevitably focused on strategic leadership and securing school improvement but also on how I would go about establishing the trust of a staff and school community that were vulnerable and uncertain.

So, a new year and a new challenge and I admit it was a steep learning curve….

I was uncertain how I, or others, would view the role of ‘interim headteacher’, but I needn’t have worried. Everyone was just so grateful that I was there to lead them forward. They recognised and respected the unique role that I was holding.

It has been hard work, there is no doubt. I did not have the luxury of allowing myself time to gradually ‘relax’ into the job but on the other hand I had to make time for building relationships with children, staff, parents, governors and the community. In order to gain trust and respect, people needed to see me as a real person who enjoyed being part of the school and having fun. I have to admit to being ‘told off’ by a member of the admin staff for forgetting to complete the register one afternoon while I was covering the reception class………. but it was only because I was too busy playing in the role-play area and being a ‘superhero’, dressed in a black cape!

My employment has inevitably been a series of fairly short term contracts, regularly renewed, while the governors establish a way forward. However, this has given me the ability to introduce some flexibility into my work. For example, being able to say ‘I’m not available on this particular day’ and thus extend a weekend or holiday to allow for a personal commitment.

I can honestly say that I am thoroughly enjoying this new way of working. The opportunity to have a significant impact on the outcomes for children and the feeling of making a real difference in a short space of time is very special. I’m not sure how long I will be in my current post but that doesn’t worry me. Now that I have started this new phase of my career people are already saying: ‘When you finish there could you…….?’ I am totally confident that there will be more offers of future work than I can deal with. Another interim headship in a vulnerable school may be one option but there is a huge variety of projects and school improvement work available out there, so who knows? This has been an amazing time, an opportunity to take control of my future, to work in a way that suits me and my family and to be very well rewarded for the work I am doing. I am relishing the challenges it brings, I have tested my skills and abilities, and I have learned a lot about myself and my resilience.

I think one of the admin staff at my current school summed it up by saying: ‘You’re a bit like Mary Poppins. You are here to do a special job and when it’s done and the wind changes, you’ll be off to help another school’. 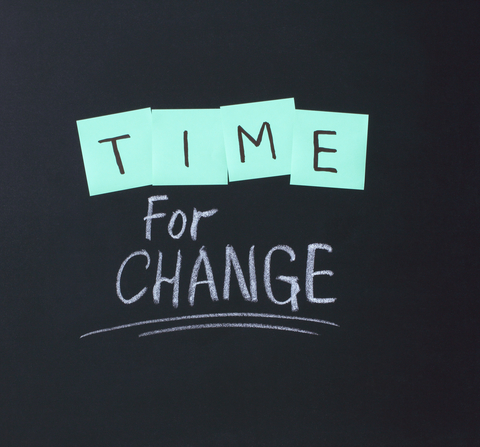 “Conexus has proved to be refreshingly accurate in understanding our needs, honing the search and finding us the most appropriate candidates. Organisationally efficient, Conexus has provided excellent value for money; we will definitely use them again.”

We are seeking an experienced education finance specialist to provide urgent support as Interim CFO for a newly formed MAT in the South-West – ideally 3-4 days per week. Key focus on providing hands-on support to school-based SBMs who need … Continued

It was with a huge amount of trepidation that I took the decision to leave a very successful career as a substantive headteacher and leap into the unknown territory of becoming self-employed and working as a consultant educational leader. It … Continued